The minimum hardware requirement for Android Development can be easily attained on cheap computers. It does not matter if it runs Linux, Windows, Mac or Chrome OS. The PC you have access to right now, will most likely be able to build android apps.

For example, I started my Android Development journey in 2016 with a Lenovo ThinkPad x220 I bought for 100 dollars. If my 2011 vintage x220 can successfully build apps, imagine the wonders you can do with a modern-day computer. Recommend Laptops for Android Development

On top of that, Google will promote your new app for free. To put that in context, if you built a web app, you will need to run ads, translate your app to a ton of languages and spend a ton of money to match what google is giving you right out of the box.

With Android Development Skill you can be an entrepreneur by:

On the other hand, You can be an Employee by working for startups and huge companies. Side note, Android Engineers are in constant demand due to the ubiquity of the platform

IDE means Integrated Development Environment. It is a software used to build other software, in this case Android Apps. The Official IDE for Android Development is called Android Studio. It has advanced features that will make your software development enjoyable. 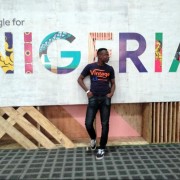 How to get into Google Summer of Code (GSoC)